A huge thanks to Alex Neilson for writing such a concise piece on the Folklore Tapes.

Posted by http://folkloretapes.bandcamp.com/ at 09:51 No comments: 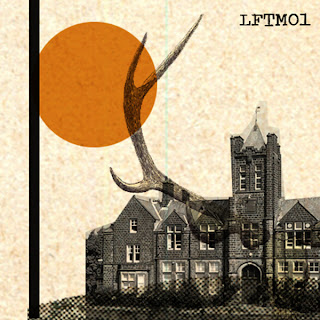 Issue One of a bi-monthly double sided A4 news letter printed on 80gsm evercolour ivory stock.


Includes download for exclusive lancashire folklore mix 'The Devil & The Schoolmaster' by David Chatton Barker...not available elsewhere!
Posted by http://folkloretapes.bandcamp.com/ at 14:10 No comments:

We are delighted to see Lancashire folklore Tapes Volume 1 join the archive at the Cecil Sharp House. 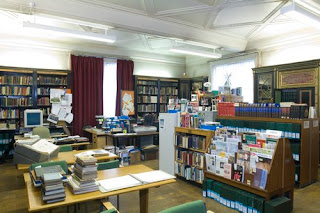 Posted by http://folkloretapes.bandcamp.com/ at 05:28 No comments:

The Folklore Tapes have been operating for 18 months now but have been centuries in the making, and created to be a growing anthology without an end, uncovering mysteries, myths, topography, customs, natural & supernatural phenomena from the counties of the UK, to begin with...
The first series so far has been exploring the south-west county of Devon. The premise for each previous volume has been to choose two researchers who pick a subject within a chosen field, to then develop this into both an aural and written response.

The concept of recalling folklore through more than just written words has been a strong tradition for a long time now in folk-songs and ballads and nursery rhymes. To tell of tales & of events, as well as our process of using our imagination to explain what may lie beyond the limits of our knowledge.
The approach of The Folklore Tapes is to take this into the current sphere of contemporary artistic expression, marking a turn in the traditional folk song format from something which isn’t just about crafting a song in the classical sense, but something more akin to a film and its soundtrack.

A far reaching and ever growing collective of lore-soundtrack artists who’s chosen tale is as important as its narrator, preferring to let the subject matter speak for itself by giving it an extension. The recordings that follow are what attempt to evoke the folk tale in question, whether that be spoken word over broken electronic loops, field recordings with treated bird song or brass band arrangements, a platform for experimentation, its up to the researcher how they react to the brief and constraints of time or creativity, allowing the content to manifest through the expression.

More like a library or archive than a label, Folklore Tapes takes cues from the preservation heritage and topographical approach by Smithsonian and electronic Folkways records and the matter of fact approach of educational records from the 1960s and 1970s often realised by the British Broadcasting Council. Heritage research pamphlets as well as Library Records and Film Soundtracks. Exploring  the rich archive of wonderful and sometimes baffling folklore that begs to be echoed as inspiration for experimental new works over writing, sound and film.

This approach of re-telling is not to uncover  whether certain events happened or whether they happened as they were reported, but to keep what was written alive, the religion of folklore, giving new life, remembering and commemorating in a bid to stop the ever encroaching modern paving stones being laid over such important documents from our past. Fireside storytelling and travelogues from distant lands.  With this approach the label quickly and naturally abandons any particular or obvious genre definitions and survives on its own as a unique archive to be available along with folkloric collections growing dusty in the corners of half forgotten research libraries sprinkled across the UK.

Since its conception The Folklore Tapes always set out to be more than just the sound contained, as an object, an edition and ethnological artefact, it was important to set a standard and a format, something hand made, bespoke and therefore produced in modest quantities with ultimate attention to detail. Made to be owned and treasured and most importantly shared amongst others in the way a record used to be.

For the first four volumes  the packaging / sleeve has been hollowed out hard back books with printed covers and the cassette placed inside along with a research booklet sewn and stuck to the inside cover. As well as this edition a simpler format was introduced in the form of a brown envelope with the cassette inside a screen printed sleeve and the research booklet sitting inside. Hand made rubber stamps are designed for each edition as well as unique extra conceptual additions such as treated magnetic tape or a slide. For this, the first Lancashire Folklore Tape edition, and considering the fact that its an anniversary both made sense to produce something more involved, with more elements, a commemorative / deluxe addition. Using a Heritage Library Box allows for more parts to play in the overall project and marks a continued evolution in the Folklore Tapes museum.
And this will certainly be a format that will return again, punctuating the ongoing series over time.

The Pendle Witch Trails are of course widely well known across the world and with the 400th anniversary it seemed fitting for the first volume of the Lancashire based Folklore Tapes to be a very special release covering and commemorating these events. Curated by myself and Rob St John, the researchers have been picked for their connections with the area and their noted interest in the trials and folklore in general, several names will be familiar to subscribers of previous folklore tapes as well as some most welcome additions to the growing communal family of The Research Team. With only one piece each this constraint has led this volume to be a departure from previous editions and an entirely unique edition. The sense of collective commemoration is further galvanised by ten persons remembering ten victims of injustice.

Posted by http://folkloretapes.bandcamp.com/ at 04:07 No comments: 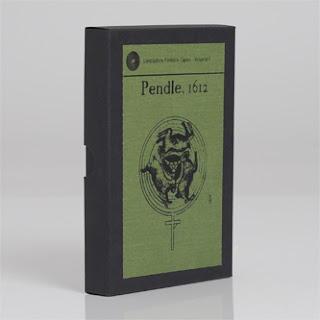