Theo Brown and the Folklore of Dartmoor.

“But if you decide in middle-life to leave the city and go to live alone at the heart of the moor - because you love it and cannot resist its spell - you soon find that in all those years you have learned little about the essential moor. What has been happening is that she has learned the essentials about you, and has fixed her grappling-irons upon you!” 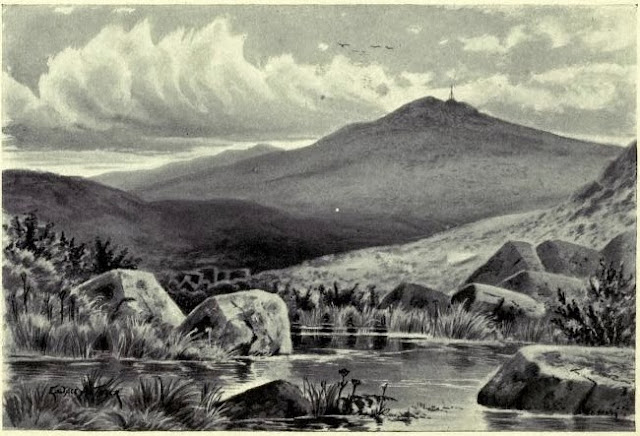 Theodora Brown (1914 - 1993) was a noted folklorist and wood engraver  from Devon, England. An honorary fellow at Exeter University, she wrote extensively for the Folklore Society Journal and published several monographs, of which the most celebrated are Tales of a Dartmoor Village: Some Premilinary Notes on the Folklore of Postbridge and The Fate of the Dead: A Study in Folk Eschatology in the West Country After the Reformation. Her work was wide-ranging in its focus, taking in black dogs, white witches, riddles and folk-medicine, but never strayed far from her home county.

In childhood a young Theo Brown took family holidays around Dartmoor in her parents’ horse-drawn caravan ‘The Loiterer’. The experience was clearly an inspirational one, as Brown returned to Dartmoor frequently through her work and, after the second world war, spent time living itinerantly in a caravan, gathering local lore or traveling to folkloric sites. Brown was an enigmatic character, gifted with a lively sense of humour, a humble dedication to her pursuits, and an insuppressible creative flair. Her exquisite woodcut images, a skill honed during studies at the Westminister School of Art, adorn many of the title pages to her articles and books, whilst her work is in general imaginative and open. 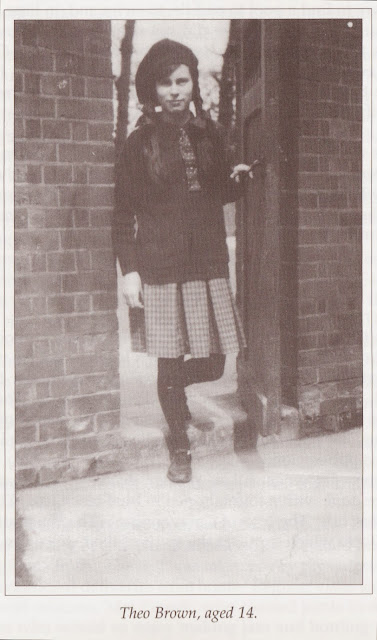 On 19 September 2013, Folklore Tapes founders David Chatton Barker and Ian Humberstone travelled to the Theo Brown Archive at Exeter University to begin research on the most expansive and fully-realised project to date: Theo Brown and the Folklore of Dartmoor. With Theo Brown acting as guide, this multi-disciplinary project will unpick the folklore of seven villages on the moor, rekindling their lore through creative and exploratory recontextualisation. The project will culminate in the production of a box-set edition of seven-inch records, accompanied by a piece of psychic-cinematography, shot on location on the moors, as well as photographs, drawings, and reproductions of Theo Brown’s own ‘lost’ woodcut images recovered from the archive.

Over the next few months this blog will be filled by our work preparing this exciting project. Theo Brown is a true inspiration, and Folklore Tapes owes its existence to her committed endeavours. We hope to honour her memory by this work.

Top picture from Sabine Baring-Gould A Book of Dartmoor. Picture of young Theo Brown from Dorothy and Theo Brown Family holidays Around Dartmoor: From the Logbook of the Loiterer.

Posted by http://folkloretapes.bandcamp.com/ at 12:08 2 comments: